When I take a walk in the woods, in a meadow or along the beach, I’m always struck by the feeling of being alone with the ‘elements’, and by that which I see, which is close to me at that moment. The fresh grass under my feet, the rough trunk of a tree, the water that washes ashore then recedes once again, and also the movement of the wind, the lighter spots caused by the sun and the hollow, sonorous sound of the waves. This evokes a deep sense of calm and sometimes, after about half an hour, I am distracted once again by thoughts about the things that are still on my mind. Nevertheless, they weigh less heavily on me so that I arrive at insights into that moment, which are important to me. There is all the time in the world, I look, I touch all kinds of things, I listen and smell the season.
I’m often then reminded of that encounter with Schloss Freudenberg (Freudenberg Castle), a place where you become conscious once again of all your senses in a natural way, that ‘aha moment’ again and again. I was first there in 2002. It was still under development. I was there with some other people from various walks of life; briefly stated, children of advanced age with a wide-ranging creative talent and a job in which that is sorely needed. Thomas Rau and Pim van de Berg remain particularly close to my heart as the inspirational forces of this group.
After already having been there three times, you still want to go there again. You discover your physical and psychological essence there and never grow tired of the place. Moreover, you always have so much fun with each other; everyone reacts impulsively when he or she notices something, as a result of the challenge thrown down by the playful voyage of discovery you embark upon.

Schloss Freudenberg (Freudenberg Castle) was designed by Paul-Schultze-Naumburg (1869-1949), an architect particularly respected in Germany, who describes the meeting with his client James Pitcairn-Knowles (1863-1954), a son from an extremely wealthy Scottish family. His wife Marie-Eugénie-Guérinet Victoria was a daughter of Napoleon III.
Pitcairn-Knowles told the architect that he had been unpleasantly surprised up until then by the sketches that he had seen from other architects; too pompous with too many embellishments. His aim was a so-called ‘Schloss’ (Castle) with a simpler, austere style, a stepping stone towards a new era (turn of the century). The architect writes about him as a young idealist (James was 39 at the time) with his own world and a surprisingly bold artistic instinct. His wife also had her own creative convictions and both of them often allowed themselves to be carried away in a self-constructed fantasy world in their discussions. James also showed sketches in their following discussions and Paul Schultze was impressed by them in spite of the fact that the ideas were somewhat clumsily worked out.
Ultimately, he translated these sketches of the young painter that resulted in a small ‘castle’ with coolly and rigidly measured dimensions; a desire for a style without frills (like Bauhaus and De Stijl later). There was no happy ending; the marriage broke down after three years…

After the Scotsman and his French beauty had left the castle, it remained empty for some time. It subsequently became an accommodation for various functions: hotel officers’ mess, holiday home for children, office for the armed forces, American soldiers’ club and a final period for the international Pentecostal Church. A fair amount of alterations and abuses were inflicted upon the building by these users. Then the building was abandoned and it stood empty for decades, except for a few brief period of occupancy.
It fell into disrepair until in 1993 Matthias and Beatrice Schenk recognised the class of the location and the buildings. Together with a group of artists, naturalists, artisans and educationalists, they have transformed the park, the nature and the castle into an experience for the senses, soul and mind.

The former Castle of James and Eugénie-Marie has been meticulously returned to its original state by the Schenk couple and this group, and the landscape has been cleansed, where necessary, of all overgrowth.
When I now enter the building, I see large open spaces where physical experiments stand, lie and hang, connected with the building in an ingenious way. You are invited to set to work on them yourself!    A perspex beehive is mounted on the wall facing outside, so that you see the busy bees fly inside and can see them at work behind the perspex building honeycomb and storing honey. Painted illustrations, fascinating maxims and snippets of wisdom on the walls, such as: ‘The hand is man’s exterior brain’ (Emmanuel Kant 1724-1807) or, ‘Magic is believing in yourself, if you can do that, you can make anything happen’ (Johann Wolgang Goethe 1749-1832).

I experience the outside as something extraordinary; nature has been allowed to take its course and the trees planted during the construction of the Castle have grown to almost 100 years old and beyond. The specimens that have perished next to them, stacked lying down and standing up, like a wrinkled field of trunks, encourage one to climb and balance. The small castle lies in a spacious open spot, which is surrounded by these substantial trees. Behind this, open landscapes on the hill which yield fascinating views.

You become aware of your senses, therefore, at this place. At the beginning of The Barefoot Path, I take off my shoes and socks, and close my eyes in order to become most conscious of what I am feeling, and give my partner my hand. She leads me over a tantalising bare foot path, a constantly changing surface, as a result of which I become aware of my entire body. Or the giant gong, which fills my head due to the deep, hard sound; if I stop the sound by grabbing the gong, the sound envelopes me once again and it is dead quiet once again… The water basin where I brush my hands over the handles and the water springs up in a rhythm.   A stone weighing approximately 100 kilos hangs on a thick rope between the trees. When I lie under the stone and it is given a good wallop so that it whizzes over me, I feel a unique contact between heaven and earth (no, this is just airy-fairy language). Contact with nature, with heaven and earth and your senses that lie hidden for an awakening. That continues to fascinate. I think that I will go to Wiesbaden once again soon…

Now back once again to that moment which made me think of this… There is all the time in the world, I look, I touch all kinds of things, I listen and smell the season, my senses stimulated. That is what I want to experience if I walk through a garden or just at that little place; I sit and enjoy.

Freudenberg Castle in Wiesbaden; fascinating for young and old, where you will be stimulated by more than 100 ‘surprises’ both outside and inside the castle. Go outside the holiday period, then you will perceive even more… 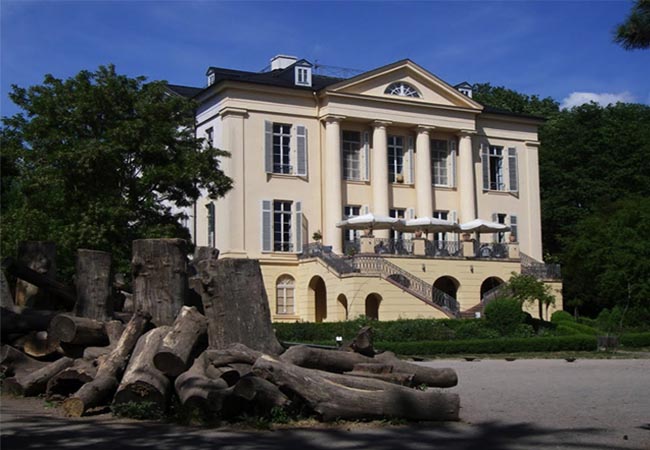 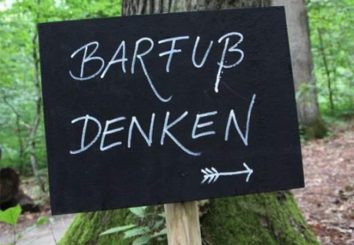 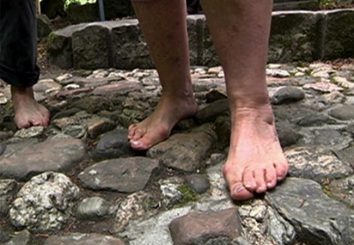 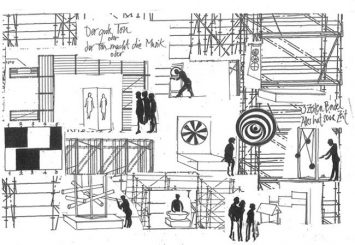 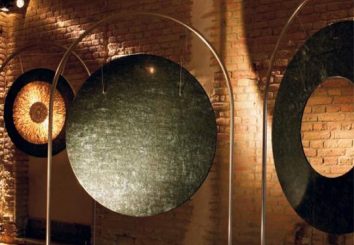 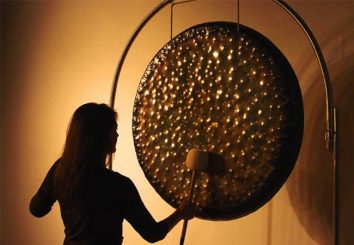 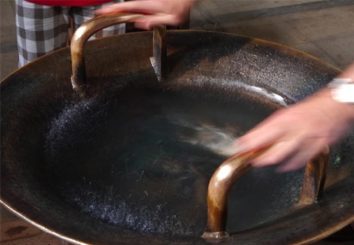 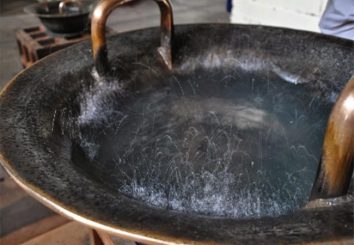 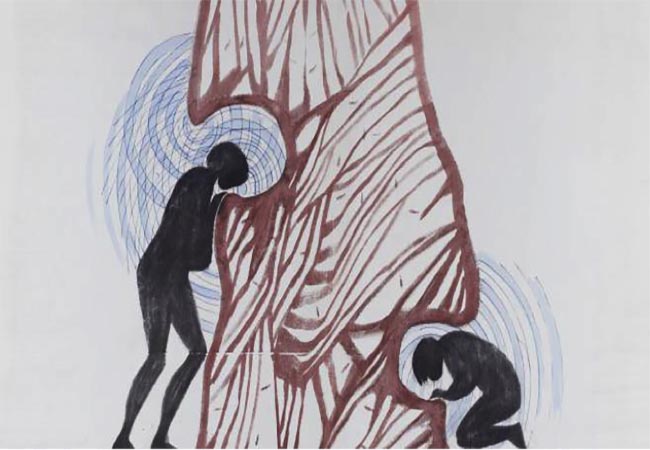 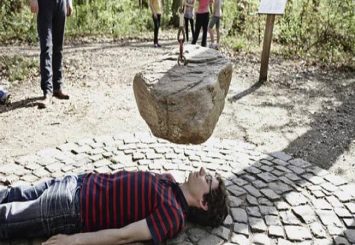 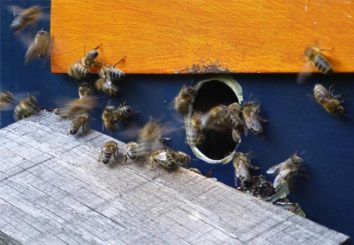 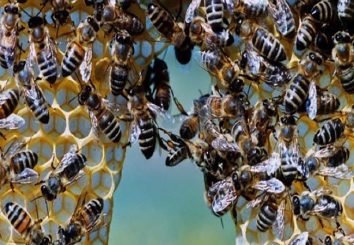 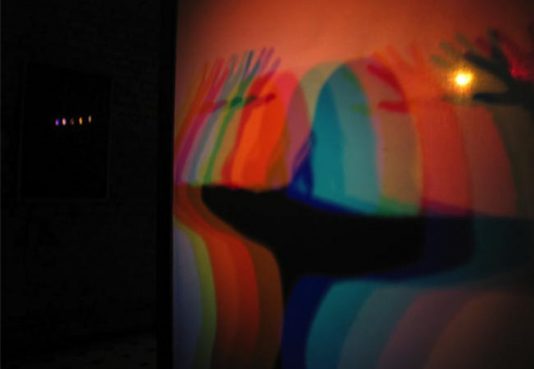 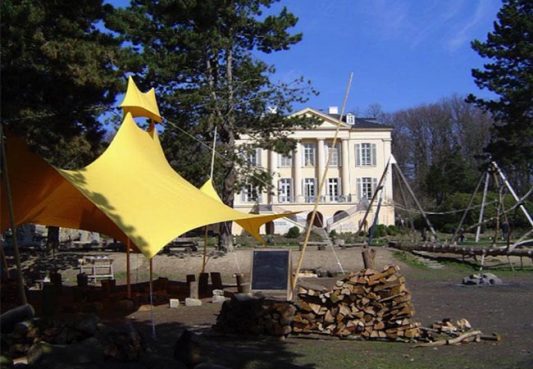 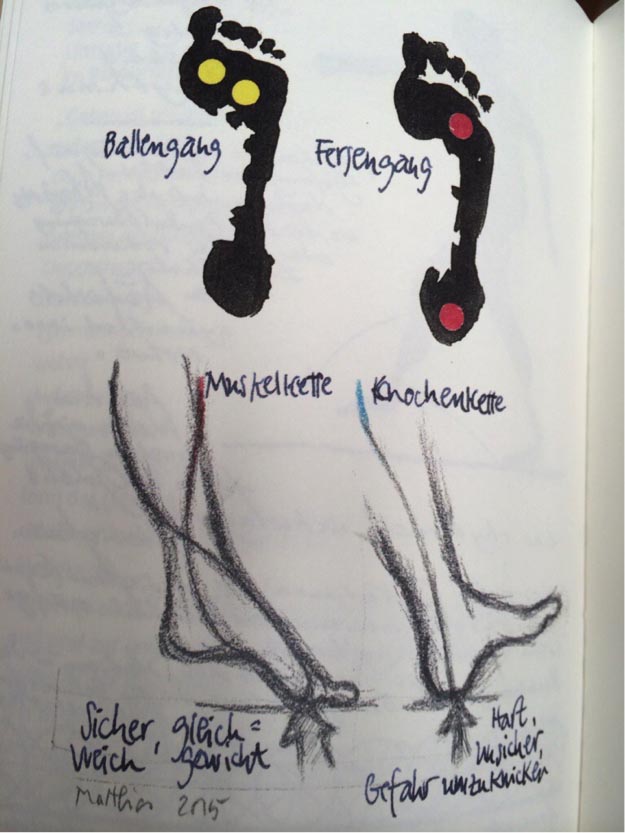