In previous blogs, I already revealed my admiration for the willow family. Last year September, I extolled the merits of the Japanese Fantail Willow and I am going to do that again, but now extolling the merits of the Gothic willow, the willow with the black catkins…. the Black Pussy Willow as the English refer to it.

A very special harbinger of spring! The black catkin remains closed during the first weeks, after which it opens and you see the red-coloured stamen and most probably bees in the vicinity; they’re crazy about it. Its young branches change colour from mahogany brown to red, light grey and sometimes black. Its leaf is light green like the ordinary willow. When the light green leaf sprout, this is in subtle contrast to the catkins which dry out in the weeks afterwards. It can stand in a damp or drier spot, not very demanding therefore and it’s also not difficult for its bystanders, the neighbouring plants, to be in its vicinity. Last but not least, this macho has more than enough beauty to be used as a solitary plant, in summary a class act and an ordinary member of the willow family. 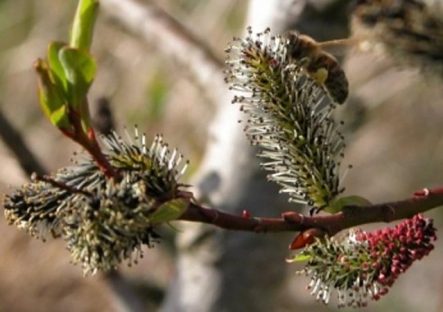 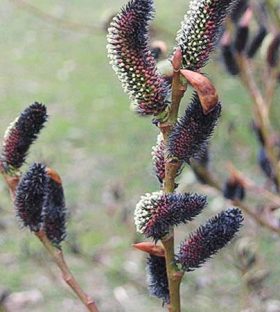 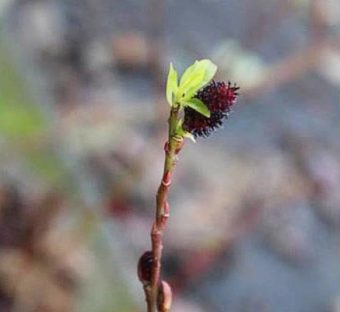 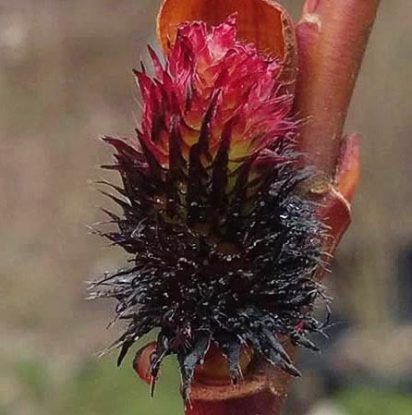 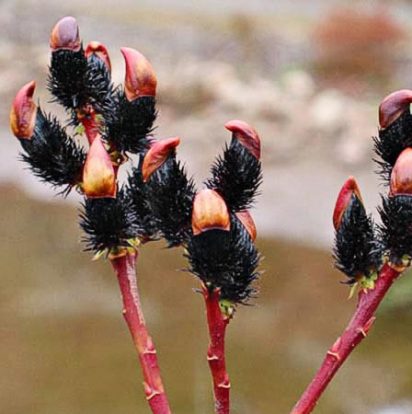 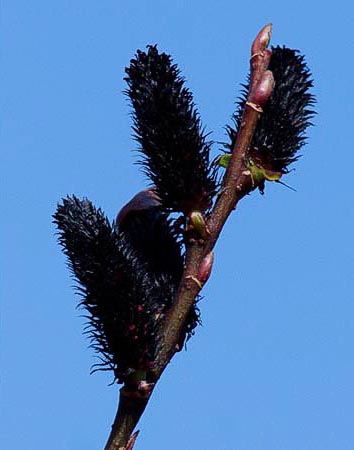 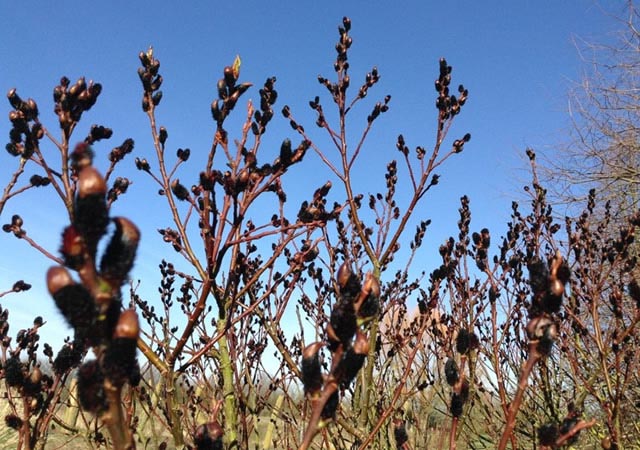